Thoughts? Copy the link to see what changes I’ve made

maybe it’s because i’m logged in; were you when you configured it?

I wasn’t logged in. Will screen shot it later when I get home.

if you add it to your basket, there are buttons there to get a pdf or bbcode for it which you could copy and paste?

in principle it looks fine, but i don’t know how much RGB lighting or spontaneous-self-combusting drives you’ve added that i’d need to advise you against

i’ll pre-emptively ask did you add a monitor? if not, what’s your current monitor/resolution?

No monitor. Just going to keep the one I have (for the mean time)

m2 Drive? i take it your recycling your current drives to this?

I’ve a 900gb SSD with all my games in to go in. Might put the other drives in but hoping to keep the old pc as a media/wife’s work pc.

if you are predominantly gaming, get a 2600x over a 1700. You won’t use the added cores unless you specifically have something in mind that does. I have the 2700 - and I do use them for VMs and various apps - but for gaming, the 2600x is the better CPU.

Get an NVMe drive.

The 2060 GFX card is getting great reviews - so that’s a good move.

Following on from my post above: Got this the other day:

This is the RAM I got - I paid £133 last year. It’s down to £113 now. Tempted to get another 16GB myself at that price. I actually returned the 2400Mhz I initially purchased after read other people’s experiences on it with Ryzen.

Changed mobo to a b450 and put in a nvme drive. Can’t change the ram to anything higher though as it’s a pre build and doesn’t give that option.

How many ram slots you got? Option / budget to add more to DIY? Orrrrrrrrrrrrrrr if no more slots, buy the RAM, remove fitted and slot in new?

Would it be cheaper to buy all separately and DIY build - time dependant - then you could spec the “better” RAM?

It can take up to 64gb and yeah I could build it myself but not got the time/CBA to do that if honest.

Aye - time / bothered is a thing, buddy, I ABSOLUTELY understand.

I wasn’t on about the capacity - I was on about the physical slots - I assume if it can take 64Gb then it’s got 4 slots? I beleive, though, it’s not good to mix faster and slower ram as it throttles back all to the lower speed. I could be wrong, mind…

Not a million miles away from what you priced up already, but it does have a better CPU, decent Corsair case faster RAM, the NVMe, better CPU cooler & better mobo (all imho).

Obviously that’s a self build. Gimme a shout on FB.

2 less cores, but higher clock speed per core on the 2600. Would give much better performance.

Good list Jes. Hammy I would like to mention here that I believe the B350 might not support the newer kit too well. So if you want to upgrade to the 3000 seriels AMD CPUs later on you might be better going with a B470 or X470.
These system builders prices are very good these days. Overclockers should have some discounts on AMD stuff next week. There is a competition going on where they are asking people what AMD parts they should discount. This was on components now so I’m not sure if that will apply partially to the systems.

I’m having another poke around a build of my own after speaking with @Angelclaws about the PayPal finance thing.

Edit: I can’t bring myself to look at a new monitor…

Think I’m going to get something ordered end of the month if I can organise my money and it works right. Or if I win the lottery in which case my budget might let me get one of these

Edit: I can’t bring myself to look at a new monitor…

If you can’t bring yourself to look, we’ll have to do it for you… 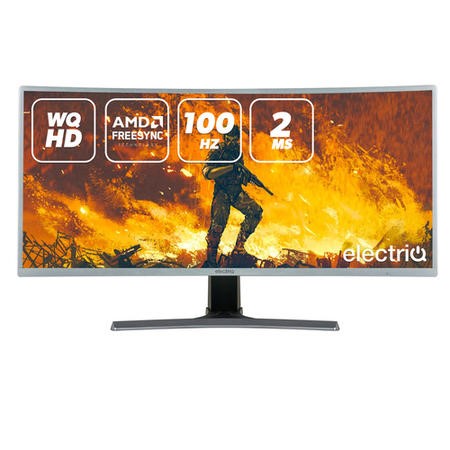