GamesBeat say that “sources familiar with EA’s plans”, who wish to remain anonymous, have confirmed it to them. They’ve heard that it will launch later this year. The sources further say that EA had used a working title of Battlefield 2, which would be even more egregious than Battlefield 1 considering there already was a Battlefield 2 in 2005 (though there was also a Star Wars: Battlefront II in 2005 and that didn’t stop EA from releasing a Star Wars Battlefront II in 2017).

A supposed screenshot of a pre-alpha menu:

It was speculated that it would be a return to WW2 given the success of BF1. But I wonder if that offers enough difference. Still longing for return to BF2142. I think it could stand alone away from Star Wars, Star Wars will always sell based on the fact its star wars. There can be enough difference in another future shooty based on 2142 gubbins.

What puts me off BF1 is all the shit in it like walking on top of the blimp, and the jumping out of planes to kill someone and get back in to the plane (I know that was more BF4, but still). If its WW2, i’ll prob pass, though another 2142 and i’ll give it a go.

BF1 didn’t gel with me but I’ll keep an eye on this and hope they do the ol’ switcheroo like the did with BF1 when they’d spent BF4 teasing BF2143 but then released BF1 - I hope they tease BFWW2 and give us 2143.

Not holding my hopes up though. The ‘industry buzz’ seems to think Dice are looking at WW2 because COD:WW2 did well. If that is the thinking then with Infinite Warfare not doing great I can’t see Dice doing a game set in the future.

I hear ya. I think though DICE execute better than COD. IW was a shit COD it just doesn’t suit that franchise if you ask me. But DICE I also think will like to be different from COD. I mean they went to World War 1 as you say when the tease was about the future and COD were in the future. Now COD have followed suit and returned to WW2. I just don’t see enough difference in game play, environments even weapons for BF to return to WW2 over BF1 Stick it to Activision and do future wars better, that’s what I hope.

Of course, if we want to over analyse the screen grab! Battlefield V could possible not mean 5 but mean VEEETNAM. Another curve ball, more funky music while you drive, better environments etc. I know Bad Company went to Vietnam, but hey does that really matter?

I called EA for a comment on this story, and the publisher declined the opportunity to provide a statement. 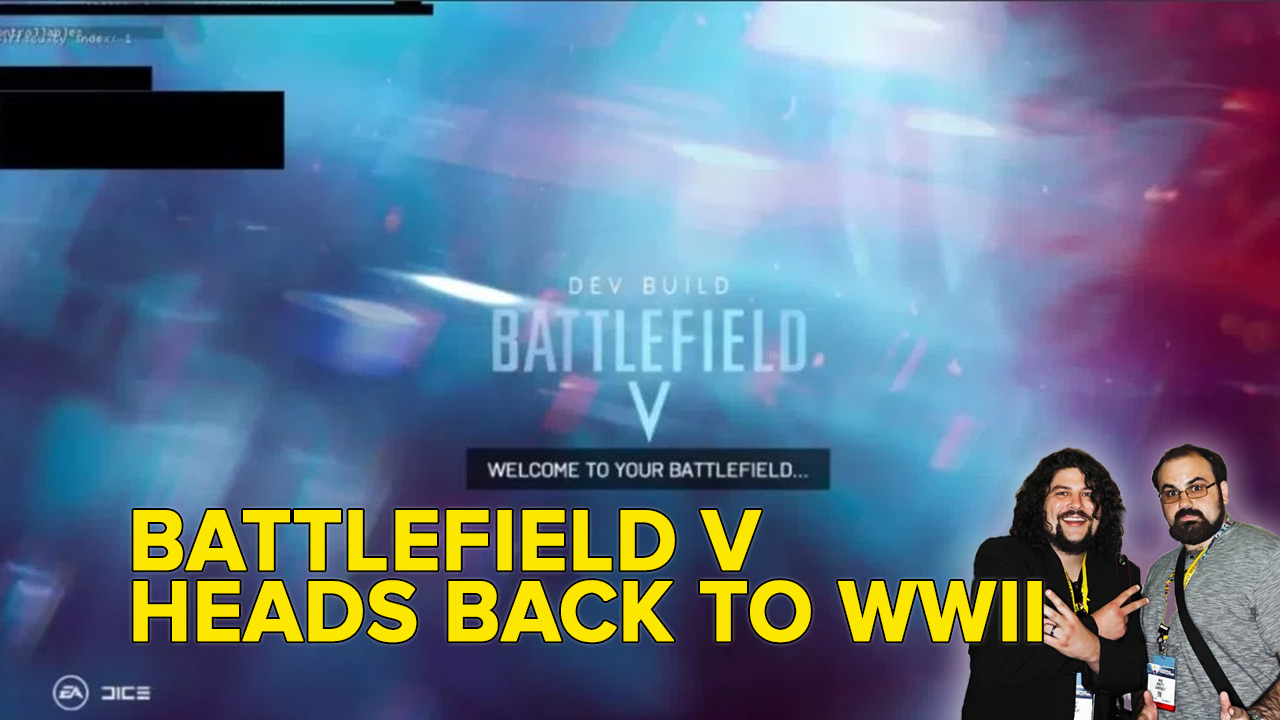 The next Battlefield game is going back to World War II and has the name “Battlefield V” internally at publisher Electronic Arts. After breaking this story last week, I wanted to follow up with a handful of details that directly address some of the...

Finally, as USGamer reported last week, Battlefield V will have lootboxes, but they are cosmetic only. This is similar to how lootboxes worked in Battlefield 1, but expect EA and DICE to expand on this and to emphasize that this isn’t pay-to-win.

I hadn’t even realised BF1 had lootboxes?!

This makes me a lot more hesitant. EA’s recent antics aside, I’m getting really fatigued with non-F2P games using F2P mechanics even if they’re cosmetic.

Battlepacks? Im totally fine with battlepacks as long as everything is cosmetic or bonus xp related. If it becomes the way to buy special chracters or weapons sod that.

Battlepacks are just skins for weapons.

And squad xp boosts. I know what battlepacks are. The question mark was more directed to Vred as he said he didnt realise there were loot boxes.

They just need to stop trying being fucking COD!

I generally didn’t have an issue with the battlepacks in BF 3 & 4 as it persuaded me to try out weapons that I normally wouldn’t ever use. It did scratch that “effort & reward” itch for getting equipment, but once I got a Kobra or an M145 scope, that’s all I wanted for any weapon. Most other things were superfluous.

I remember the horrific grind in BF2 trying to get new weapons and gear, but when you got something unlocked (L96 rifle or F2000 for example), there was a huge “Fuck yes!” moment.

If battlepacks are kept at purely cosmetic constraints, then they can have them and charge whatever the fuck they want for them because I’ll have no impetus to get them.

I would like to have seen it go the way of 2143 since I missed the initial boat with 2142 and never played it (don’t worry, it still doesn’t make any sense to me why I didn’t). WWII has a rake of stuff coming now and Hell Let Loose looks like a nice mixture of Day of Defeat and ARMA which should satisfy that craving.

I would love a BF2142 reboot… just can’t see EA taking that kind of risk.

2142 had to prefect when it came to ranks and unlocks. Rewarded team play and ranks where not too hard to get. Everything now though is about kdr and wins. All balls. Really puts me off fps games.

2142 with it’s Titan mode was ahead of its time. They wanted 2 great motherships slogging it out in a sandbox environment. If you remember, it lagged to fuck and the resolution was to make them static. Shame.

With the knowledge they have with netcode and improved servers etc - 2143 would be awesome.

You also have to remember that the final DLC of BF4 had the prototypes of 2142 - so it is definitely in their mindset somewhere.

I miss the Zeller.

Ahh yeah I forgot Battlepacks were a thing.

If they are just Battlepacks then I don’t have a massive problem really, it was a bit annoying that you got attachment unlocks through them but the skins weren’t an issue for me and in a game like BF the XP boosts didn’t bother me a huge amount because they didn’t really give you an advantage over other players (Suppose you could argue it let people get the later unlocks earlier, but my jaunt on BF4 was waaay after most people already had everything so it’s moot in my case).

If we’re talking Battlefront 2 style loot boxes (unlikely given the bad press) or micro transactions that have had mechanics built around them (I think this is still a possibility) then I’m out.

If you remember, it lagged to fuck and the resolution was to make them static

Oh god I remember that. It got so bad on some servers that you’d fall through the bottom of the titan and die. It kind of sucked that they ‘fixed it’ by anchoring it in one spot but apart from the spectacle, I don’t think it harmed things too much.

Can you image what they could do now? Can you imagine a BF1 blimp explosion-style Titan destruction?!

I’d like to see them do some interesting stuff with the walkers as well, like make proper ‘classes’ of walker with real advantages and trade-offs - get a bit Titanfall-y with it but scaled back to pre-defined roles like AA/Arty/AP/AT/Scout/etc.

You could probably shave roles down to 2 for walkers. AI and AT. Both would be capable of knocking out certain types of air unit and be able to chew up respective land units. Gatling gun armed, lightly armoured, fast walkers for light air and infantry. Anti-armour weapon based platform for heavier air units and tanks.

Artillery can be a bit trickier I think in a lot of games. I think BF2 and War Thunder do it quite well, you have access to it, but you have to earn its use (War Thunder), or it’s a constant ability, but is susceptible to being knocked out (BF2). If it’s a thing that you actively use and camp at the back of a map… eh, it either requires skill or beardiness.

I disagree with roles. Walkers where prefect the way they where. Don’t want to turn this into bf Titanfall.

Id make the infantry roles more like the old bfs. Sniper had the srs, ammo bearers had the hmgs etc but the amount of moaning that little Jimmy can’t have his sr and med Pac would be unreal.